According to statistics released by the Calgary Real Estate Board, the Airdrie Real Estate market had a decent month of February with 97 MLS® sales.  While the number of sales in February was a bit lower than what we would like to see in a city the size of Airdrie, it is a significant increase from 2016 sales which is great to see.

There is much more optimism about the economy and a feeling that the housing market has hit bottom which is helping buyers feel much more confident about buying again.

There are currently 376 active MLS® listings on the market in Airdrie compared to 355 at the start of February. Last month it took an average of 66 days for a home to sell in Airdrie, similar to 67 in January. Calgary’s average days on market saw a drop to 48 days compared to 53 in January.  The City of Airdrie has not posted new home starts for February as of today.

“The transition in the housing market appears to be underway,” said CREB® chief economist Ann-Marie Lure. “However, it is important to note that this change is primarily being driven by improvements in the detached market and stability in the labour market.” “It will take some time for these conditions to translate into all housing segments and achieve price recovery,” said Lurie. “But all indicators continue to point toward a slow transition from a contracting market toward one that is stabilizing at lower levels.” 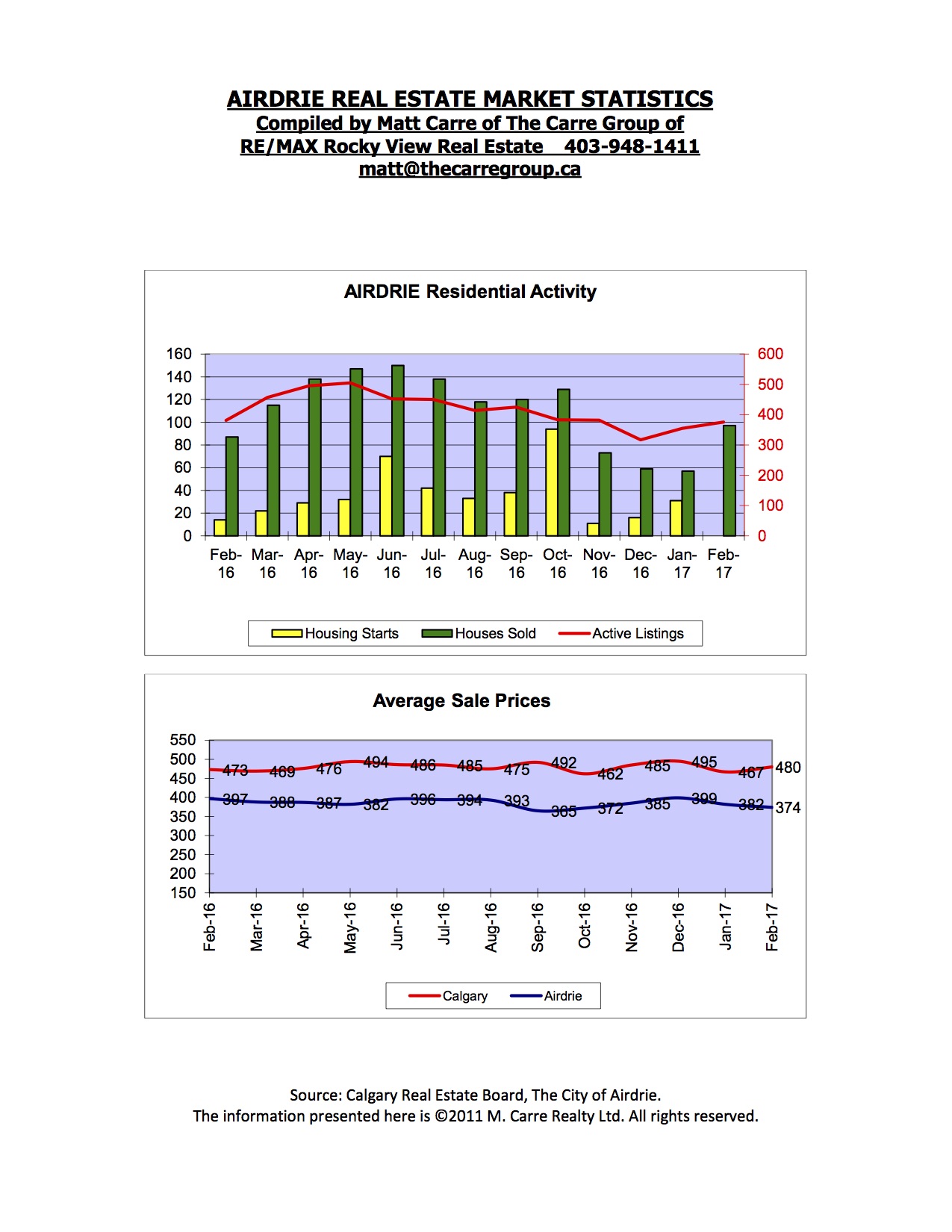