According to statistics released by the Calgary Real Estate Board, the Airdrie Real Estate market had a slower month of January with 57 MLS® sales.

It is certainly not unusual to see a lower number of sales in January. With the economic conditions along with the very cold start to the year; weather wise, it is not at all surprising that sales were slower than years past.

There are currently 355 active MLS® listings on the market in Airdrie compared to 317 at the start of January. Last month it took an average of 67 days for a home to sell in Airdrie, up from 51 in December. Calgary’s average days on market saw a decrease to 53 days compared to 55 in December. There were 31 Single Family home starts here in Airdrie which is more than November and December combined.

Looking to what’s in store for 2017, there are some positive signs for Airdrie’s Real Estate market. Alberta’s economy is expected to grow after two consecutive years of retraction. While modestly, population is also expected to grow. Unemployment levels are expected to decrease, however no one is sure when we will start to see this. All in all, Airdrie has really hung tough over the past two years when many expected or predicted huge losses. In the end, yes the number of sales from the peak in 2014 dropped by 21%, however the average sales price dropped by less than 1% which we will certainly call as a win. 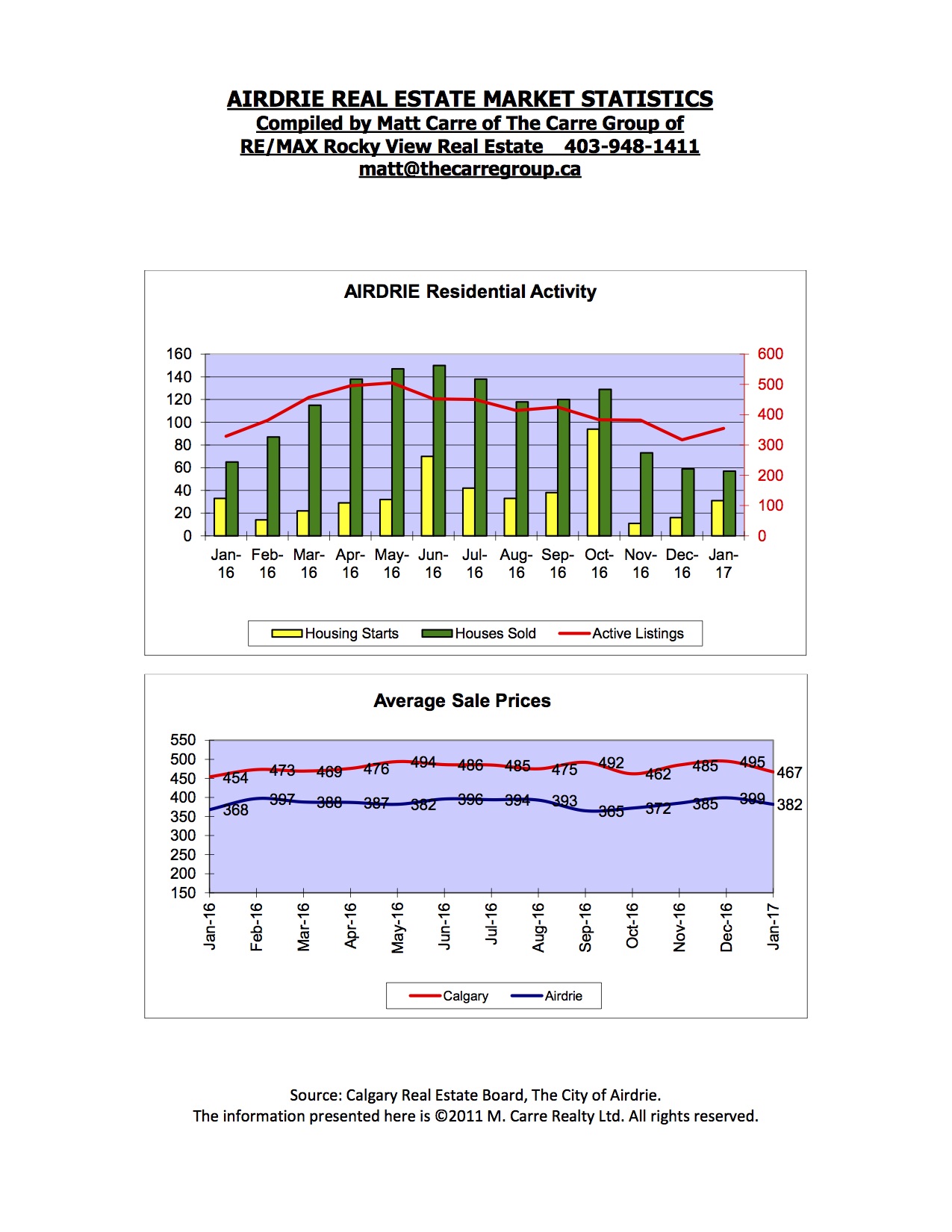