According to statistics released by the Calgary Real Estate Board, the Airdrie Real Estate market had a very slow month in November with 73 MLS® sales.

73 MLS® sales for the month represents the lowest number of sales we have seen in November since 2011. However the positive side of the month was that pricing bounced back in Airdrie.

There are currently 382 active MLS® listings on the market in Airdrie compared to 383 at the start of November. Last month it took an average of 54 days for a home to sell in Airdrie, up from 46 in October. Calgary’s average days on market also saw an increase to 50 days compared to 41 in October. The City of Airdrie has not yet posted the building starts for November.

Heading into the brunt of winter we are certainly in a difficult market to read. While it is expected to see fewer sales in the month of November we aren’t quite sure of the reason why this year. Is it simply because of the time of year? Or is it the mortgage rule changes? How much is being affected by the economy and did the recent election in the U.S. play its part? Again, very hard to put a finger on it. My best advice to both sellers and buyers is to talk to your REALTOR® and make sure you are looking at the most recent and relevant information available so that you can make the best decision for yourself.

With that another year is coming to an end and we at The Carre Group and the Airdrie Angel program would like to wish you all a Very Merry Christmas and a Happy 2017.

These statistics were compiled by Matt Carre, a REALTOR® with The Carre Group of RE/MAX Rocky View Real Estate. 403-771-3398. 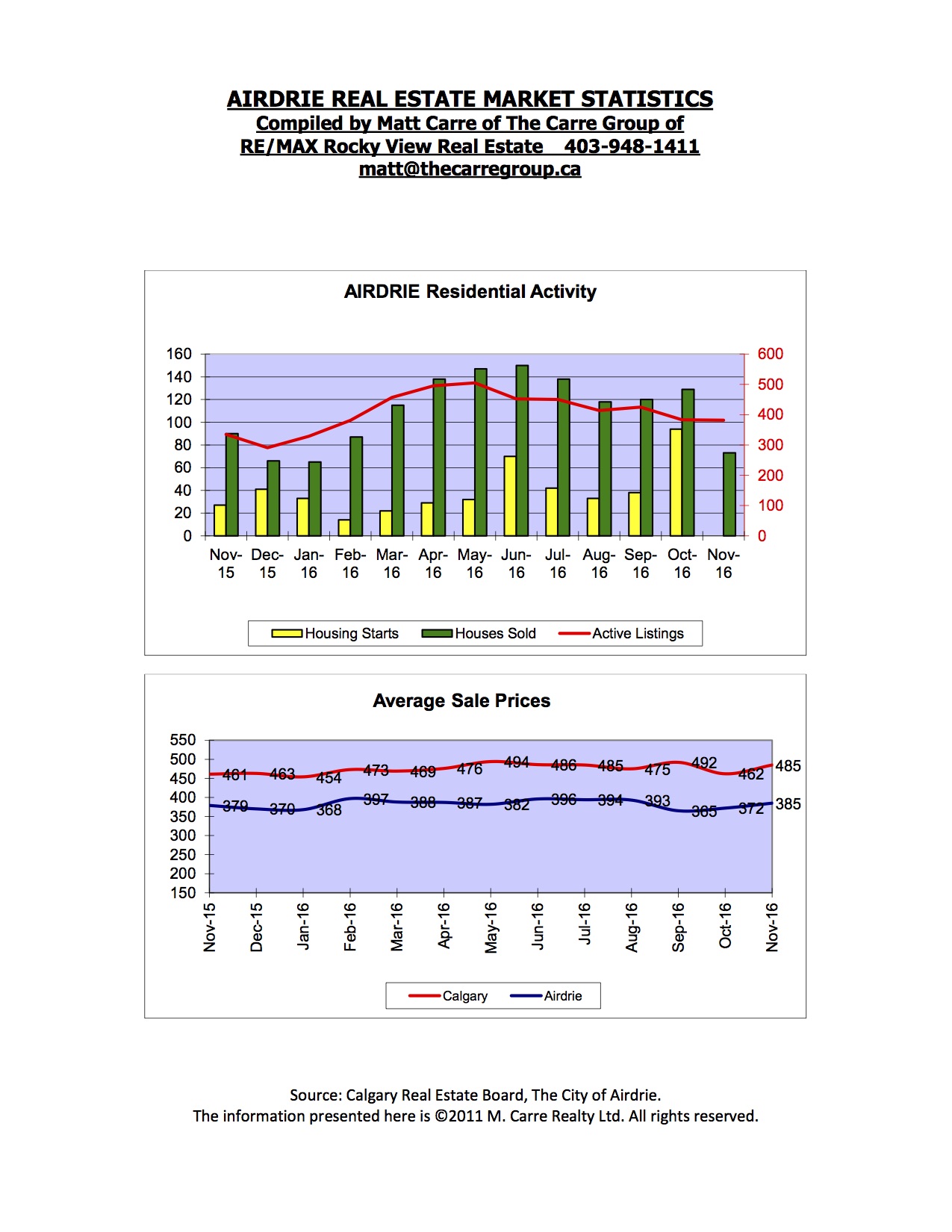