According to statistics released by the Calgary Real Estate Board, the Airdrie Real Estate market had a good month of March with 141 MLS® sales.

While we are still not at the same sales volumes as we saw in the peak of 2014, the number of sales last month increased by 23% compared to March of 2016. With fewer new listings coming on the market this year compared to last and with the increased number of sales we have certainly moved into a much more
balanced market.

There are currently 406 active MLS® listings on the market in Airdrie compared to 376 at the start of March. Last month it took an average of 48 days for a home to sell in Airdrie, considerably down from 66 in February. Calgary’s average days on market also dropped to 44 days compared to 48 in February. The City of Airdrie has not posted new home starts for March as of today.

“First quarter sales totaled 294 units in Airdrie, which is ten percent above the same period last year and comparable to the long term average” said the Calgary Real Estate Board (CREB). “Much of the gain was due to a rise in the number of attached sales. However, competition from the new home market continues to weigh on resale pricing, particularly for owners of multi- family properties”. 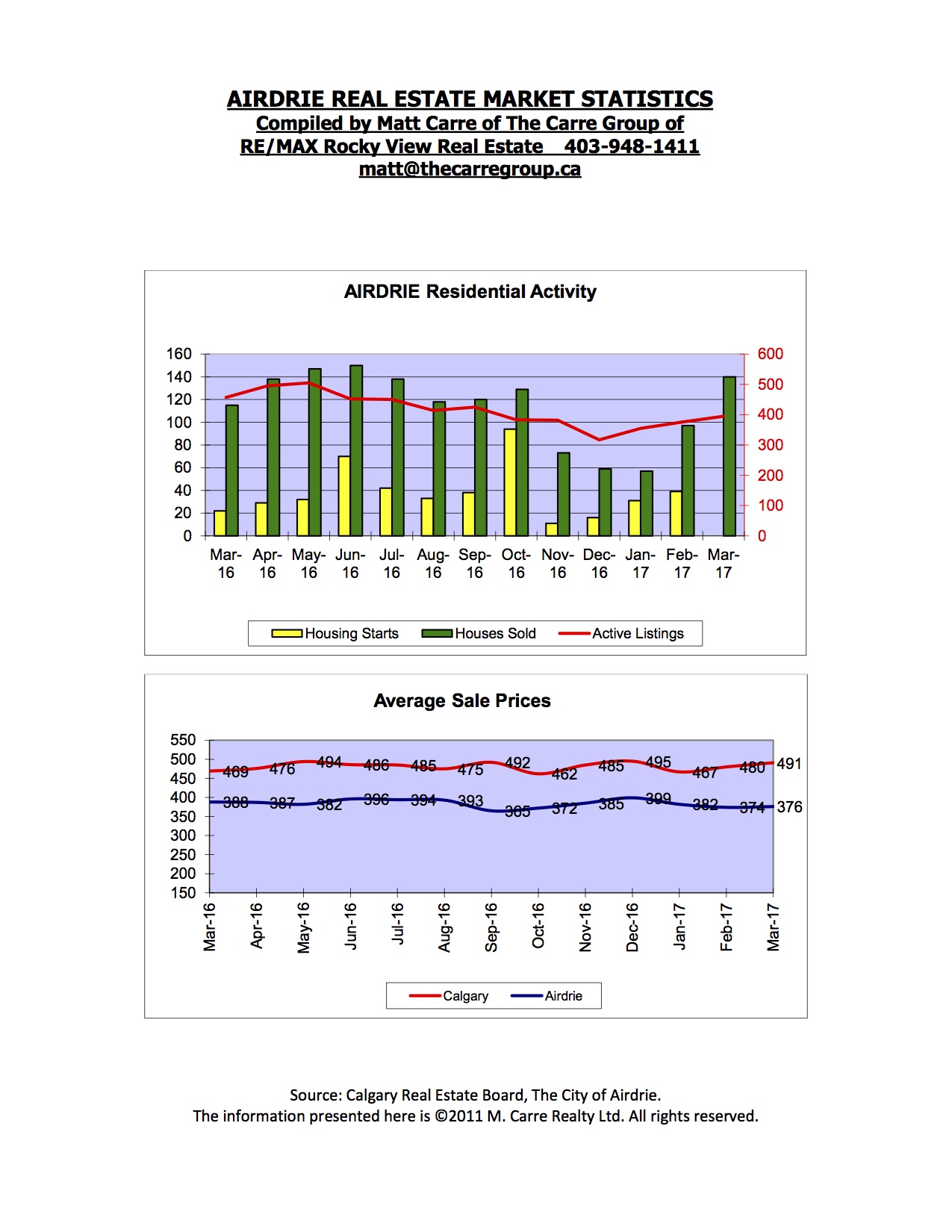