According to statistics released by the Calgary Real Estate Board, the Airdrie Real Estate market had a slower month of July with 138 MLS® sales.

Historically July is a slower month for real estate so not surprising to see fewer sales than we saw in June. With Stampede keeping people distracted for 10 days along with the start of summer vacation and a lot of people taking holidays, July is just naturally a slower month.
Airdrie’s average sale price stayed consistent at $395,000 compared to June at $396,000. In Calgary the average residential sale price also remained consistent with an average sale price of $485,000 in July compared to 486,000 in June.

There are currently 450 active MLS® listings on the market in Airdrie also consistent compared to 452 at the start of July.  Last month it took an average of 55 days for a home to sell in Airdrie, up from 47 in June. Calgary’s average days on market stayed the same for the third month in a row at 46. The city of Airdrie reported 42 housing starts in July compared to 70 last month.

I was asked the other day to discuss the buyer’s market that we are in right now. I answered by saying I can’t because we aren’t. While one would think with the economy being the way it is we would be but we have just not seen price decreases and in fact through the end of July the average sale price is up compared to the same period in 2014 which was the peak. Yes the number of sales are down from 2014 and also compared to 2015 but the inventory levels are still around the 3 month mark which is one of the indicators of a balanced market.

These statistics were compiled by Matt Carre, a REALTOR® with The Carre Group of RE/MAX Rocky View Real Estate. Visit Matt’s web site at www.TheCarreGroup.ca or call him at 403-771-3398. 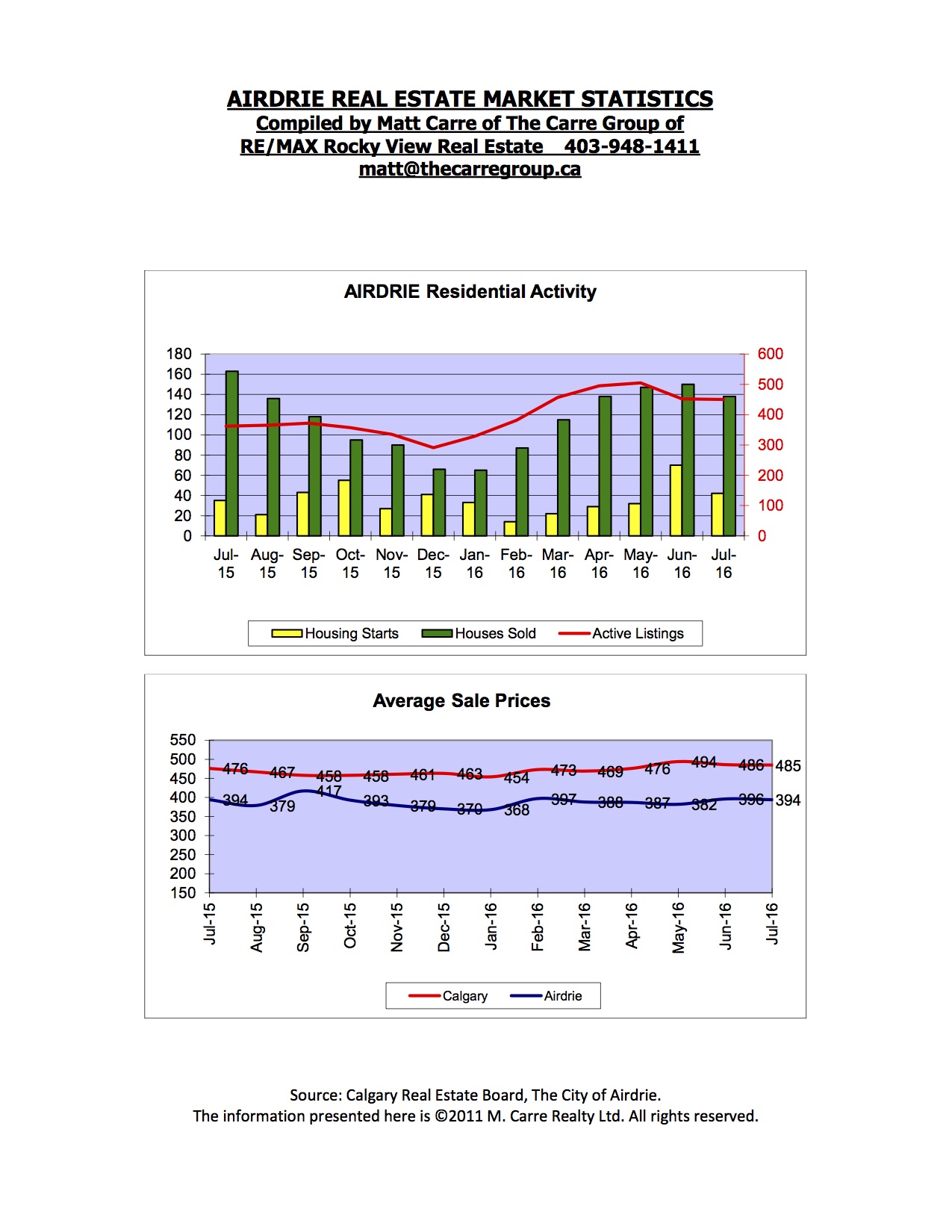